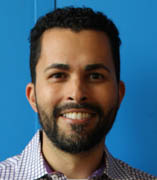 Kevin Lamarr James is a sociologist with specialization in race, ethnicity and gender. Having served in both faculty and administrative roles, he has demonstrated commitment to teaching and community engagement that supports student academic and career success.

Notably, in 2010, James became the first African American male to earn a doctorate in Sociology at UIC.  In addition to teaching courses in Sociology and African American Studies, he is currently piloting a dual-enrollment initiative with Whitney Young High School, in an effort to attract academically ambitious Chicago Public School students to attend UIC. He serves on the advisory board for Village Leadership Academy (an independent school in Chicago), and is a 2015-2016 fellow in the Chicago Urban League and University of Chicago’s Booth School of Business IMPACT Leadership Program.

While at Adler University, serving as Director of Community Engagement, James developed and maintained strategic partnerships with more than 200 community-based organizations in Chicago.  Working in collaboration with faculty, he developed, implemented and evaluated a 23-week social justice curriculum and internship program for over 300 first-year students.  This program was integral to the University receiving the 2015 Carnegie Community Engagement Classification, an institutional honor, for the investment in activities that strengthen bonds between campus and community.

Dr. James was also the Founding Director of Indiana University South Bend’s Civil Rights Heritage Center at the Natatorium; a co-curricular educational and cultural facility that uses civil rights history to promote diversity, inclusion, and improved race relations. He was responsible for creating the vision, launching the Center, training and developing staff, operations, and programming that engaged faculty, students and the community-at-large. He received three grants to establish an African American Landmark Tour of 18 sites with historical significance to South Bend’s black migration to the north and advancement toward equal rights. In 2011, the City of South Bend was recipient of the nationally recognized All-America City Award, due in large part to the Center’s work to improve racial and ethnic relations in the region.