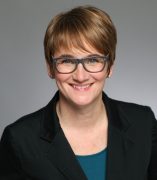 Amy Kate Bailey’s research focuses on racial inequality – specifically, the contemporary consequences of historical racial violence, the contextual factors associated with increased risk of lethal mob violence, and the characteristics of people who were targeted and killed by lynch mobs. Her current project examines the links between county-level historical violence and the prevalence of adverse pregnancy outcomes. Prior research has identified that local voting patterns in the 2016 Presidential election are predicted by historical violence. Bailey’s earlier scholarship finds links between the local religious marketplace and the incidence of lynching, and that a higher percentage of potential lynchings were prevented in Southern counties with greater reliance on “New South” economic structures. Her work also demonstrates that Black and multiracial men who were killed by lynch mobs differed in important, status-linked, ways from other Black and multiracial men living in their counties. An additional line of scholarship examines the links between the US military and multiple forms of inequality, including incarceration, the community features associated with high levels of enlistment, and elevated rates of migration among veterans.

Prof. Bailey has also constructed multiple data sets, including census records for people (1) killed by lynch mobs, and (2) threatened with lynching but not killed. Both of these, developed in collaboration with Stewart E. Tolnay, E.M. Beck, and Piere Washington, are being acquired and will be distributed by the Library of Congress. A third major data set, developed with Allison Suppan Helmuth, is a crosswalk that enables linking ZIP Codes between 1990 and 2015.

Prof. Bailey’s scholarship includes an award-winning book, Lynched: The Victims of Southern Mob Violence, co-authored with Stewart E. Tolnay. Her work has been published in journals including American Journal of Sociology, American Sociological Review, Population Research and Policy Review, ANNALS of the American Academy of Political and Social Science, and RSF: The Russell Sage Foundation Journal of the Social Sciences. Her research has been funded by the National Institutes of Health, National Science Foundation, and Utah Agricultural Experiment Station. Intramural funding includes a Great Cities Institute faculty fellowship and grants from the Office for Social Science Research and College of Liberal Arts & Sciences’ Diversity Initiative.

Prof. Bailey is an Associate Professor of Sociology and Faculty Fellow at the Institute for Health Research and Policy at the University of Illinois Chicago. She is also a Faculty Affiliate at the University of Washington’s Center for Studies in Demography and Ecology. Bailey is currently a Deputy Editor of Demography. She previously served as Deputy Editor of Sociological Perspectives and chaired the American Sociological Association’s Peace, War, and Social Conflict section.  She was on faculty at Utah State University from 2010 – 2013, and an NIH-funded postdoctoral researcher at Princeton University’s Office of Population Research from 2008 – 2010. Prof. Bailey holds a PhD and MA in Sociology from the University of Washington, and a BA in Health and Women’s Studies from the University of California Santa Cruz.