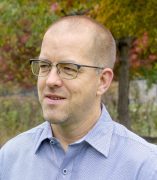 Coordinator of the Policing in Chicago Research Group

Away on fellowship 2020-21, not checking office phone

Andy Clarno is associate professor of Sociology and Black Studies and coordinator of the Policing in Chicago Research Group at the University of Illinois at Chicago. His research examines racism, capitalism, colonialism, and empire in the early 21st century, with a focus on racialized policing and struggles for social justice in contexts of extreme inequality. Andy teaches courses on race and ethnicity, global capitalism, policing, and urban sociology.

Andy’s first book, Neoliberal Apartheid (University of Chicago Press 2017), traces the shifting dynamics of racial capitalism and settler colonialism in South Africa and Palestine/Israel over the last 25 years and highlights the relationship between racialized poverty and militarized policing.  The book addresses the limitations of liberation in South Africa, highlights the impact of neoliberal restructuring in Palestine/Israel, and argues that a new form of "neoliberal apartheid" has emerged in both regions. Neoliberal Apartheid received two awards from the American Sociological Association: the PEWS Distinguished Book Award from the Political Economy of the World System section and the Paul Sweezy Book Award from the Marxist Sociology section.

Andy is coordinator of the Policing in Chicago Research Group (PCRG), a team of faculty and graduate students at UIC that provides research support to social movements confronting racialized policing from local law enforcement, federal immigration authorities, and national security agencies. The group also facilitates participatory action research projects by young people directly impacted by policing and provide pedagogical training for students interested in political activist ethnography. In May 2020, Radical History Review published a roundtable documenting the work of the PCRG. The PCRG has released three reports on the police use of gang databases: Tracked and Targeted (February 2018), Expansive and Focused Surveillance (June 2018), and Accountability After Abolition (May 2019) and is working on a co-authored book manuscript documenting our work over the last three years.

“Neoliberal Colonization in the West Bank” in Social Problems (August 2018)

“The Thorns that Exist and Resist: Black-Palestine Solidarity in the 21st Century” in Middle East Report (Winter 2017)