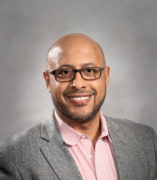 Before changing his career to academia, Professor Atef Said worked as a human rights attorney and researcher in Egypt from 1995 to 2004. While there, he practiced human rights law and directed research initiatives in different human rights organizations. He also wrote two books “Torture in Egypt: A Judicial Reality” (2000), published by the Human Rights Center for the Assistance of Prisoners, and “Torture Is a Crime Against Humanity” (2008), published by the Hisham Mubarak Law Center. Both organizations are based in Cairo, Egypt.

You can find his work in journals such as Social Problems, Social Research, International Sociology and Contemporary Sociology. Professor Said regularly engages with the public as is demonstrated by his work in  US Amnesty Magazine, the “Immanent Frame” blog of the Social Science Research Council, as well as Oxford Bibliographies in Sociology and the influential news and commentary site of the Arab Studies Institute, Jadaliyya. He also writes for “Mobilizing Ideas,” the online blog of the Center for the Study of Social Movements of Notre Dame University.

Professor Said is currently finalizing his book manuscript, tentatively titled “Revolution Squared: Political Space, Revolutionary Possibilities and Counter-Revolutions in Egypt”(Duke University Press). The book builds upon and expands his dissertation research to ask: How are revolutions defined by their spatiotemporal context? Based upon ethnographic, archival, visual arts, and social-media based research conducted between 2011–2015, he considers this question in relation to the 2011 Egyptian Revolution. Specifically, he investigates three things: 1) How and why did the Egyptian Revolution become solely associated with and, in turn, reduced to, the events in Tahrir Square?; 2) How did this naming and narrowing of attention affect events themselves? In other words, how was the spatio-temporal understanding of the revolution constitutive of what actually happened on the ground?; and 3) To what extent and how did all of these processes contribute to the dramatic expansion of political space in the immediate aftermath of the revolution, and the equally dramatic contraction of that space in the years that followed?