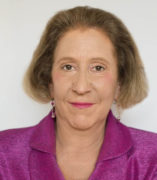 Barbara J. Risman (Ph.d. University of Washington, 1983) is a Professor in the Department of Sociology at the University of Illinois Chicago. She relocated to UIC after spending two decades at North Carolina State University in Raleigh, where she was an Alumni Distinguished Research Professor, as well as the Founding Director of the Gender and Women's Studies Program. Barbara Risman is the author of Gender Vertigo: American Families in Transition (Yale, 1998), edited books, and over two dozen journal articles in venues including American Sociological Review, Gender & Society, and Journal of Marriage and the Family. She has been editor of the journal, Contemporary Sociology, and is currently one of the editors of a book series, The Gender Lens, a feminist transformation project for the discipline of sociology. She is also the President of the Board of Directors of The Council on Contemporary Families, a national organization whose mission is to bring new research findings and clinical expertise to public attention. The American Sociological Association honored Professor Risman with the 2011 Award for the Public Understanding of Sociology Award. In 2005, Dr. Risman was honored with the Katherine Jocher Belle Boone Award from the Southern Sociological Society for lifetime contributions to the study of gender. She was also named as the 2003 Feminist Lecturer by the Sociologists for Women in Society.  Professor Risman has a current research project focusing on the development of gender and sexual identities among white and black middle-school children. Professor Risman is currently working on her new book about gender structure theory. Professor Risman strongly believes that sociologist have a responsibility to both do good research and teach about it, both inside the classroom and to the public at large