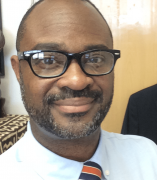 Joseph O. Jewell uses comparative and historical approaches to the study of inequality that stress the inseparability of race, class, and gender. He is particularly interested in class formations in the African diaspora.

His work has been concerned with cultural and legal responses to social mobility among racial minorities, producing books and articles including Race, Social Reform, and the Making of a Middle Class: The American Missionary Association in Black Atlanta, 1870-1900(Rowman & Littlefield, 2007), “Mixing Bodies and Minds: Race, Class and Mixed Schooling Controversies in Atlanta and New Orleans, 1874-1887” (Patterns of Prejudice, 2014), and “Other(ing) People’s Children: Social Mothering, Schooling, and Race in Late Nineteenth Century New Orleans and San Francisco” (Race, Gender and Class, 2014).

He is currently working on a book project that examines how racial narratives about middle class mobility were used to sustain or alter regional racial hierarchies in the US during the late nineteenth and early twentieth centuries.

He currently serves on the editorial board of Social Science History.