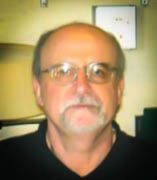 Anthony M. Orum received his Ph.D. in Sociology from the University of Chicago.  Since then he has taught at several universities, including Emory University, the University of Illinois at Champaign-Urbana, the University of Texas at Austin, the University of North Carolina at Chapel Hill and, for the past twenty plus years, the University of Illinois at Chicago.    He is the author and/or editor of several books, among them: Black Students in Protest (American Sociological Association Rose Monograph Series, 1972); Introduction to Political Sociology (4 editions; 5th edition with John Dale); City-Building in America (Westview, 1995); with Xiangming Chen, The World of Cities: Places in Comparative and Historical Perspective (Blackwell, 2003); with Joe Feagin and Gideon Sjoberg as co-editors, A Case for the Case Study (University of North Carolina Press, 1991); and, most recently, with Zachary Neal as co-editor, Common Ground? Readings and Reflections on Public Space (Routledge, 2010). His articles have appeared in major journals, such as the American Sociological Review, the American Journal of Sociology, Social Forces and Social Science Quarterly, and several of them have been reprinted in anthologies.  From 2002 to 2009 he was the Inaugural Editor of City & Community. He is currently writing a new book, with Xiangming Chen and Krista Paulsen, Introduction to Cities: Place and Space in the Human Experience (Blackwell, forthcoming), as well as working in collaboration with several colleagues on the study of new immigrant communities in Chicago.